Brantford Kia is located at 214 Lynden Rd, Brantford, ON N3R 8A1, Canada 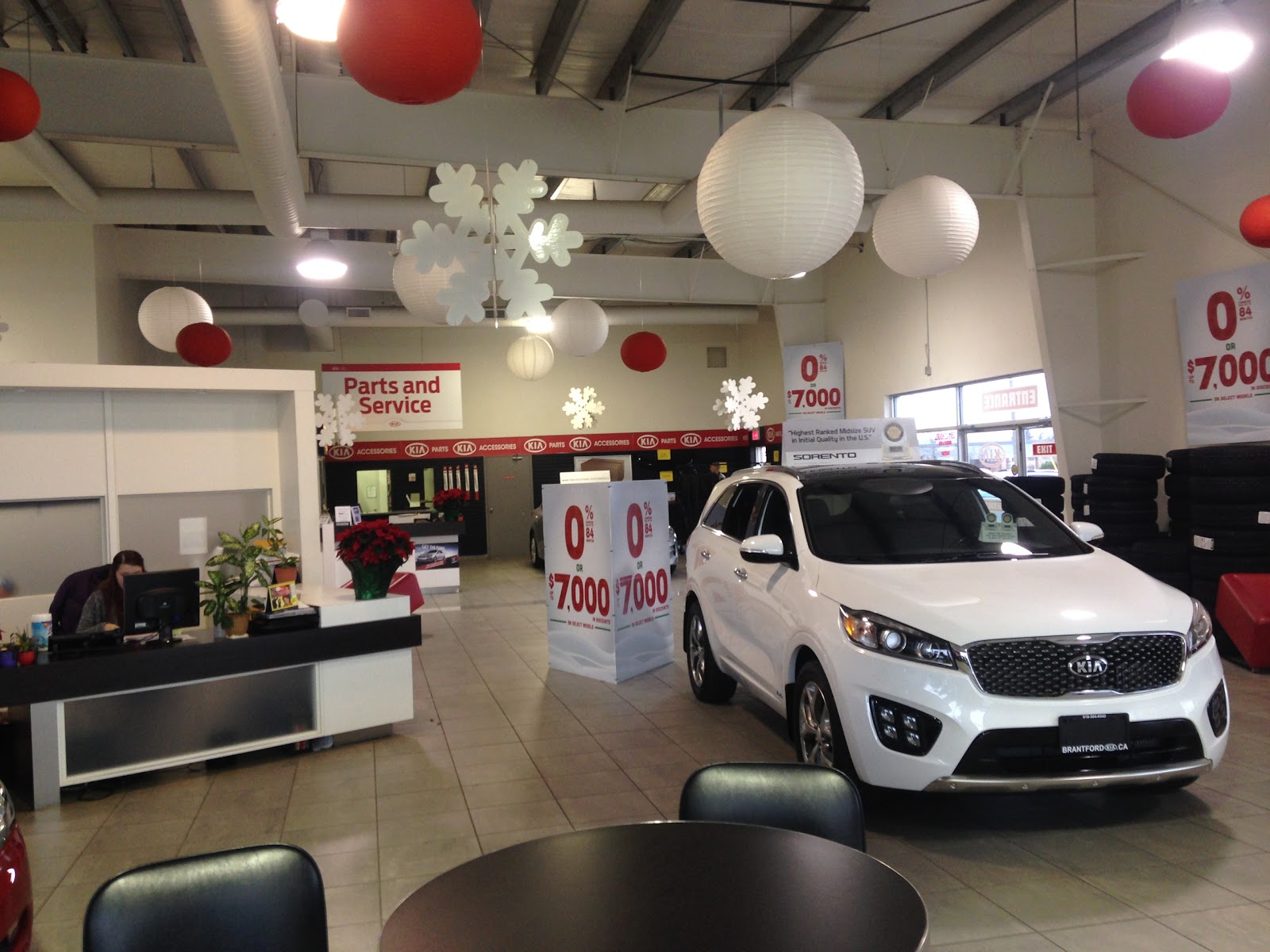 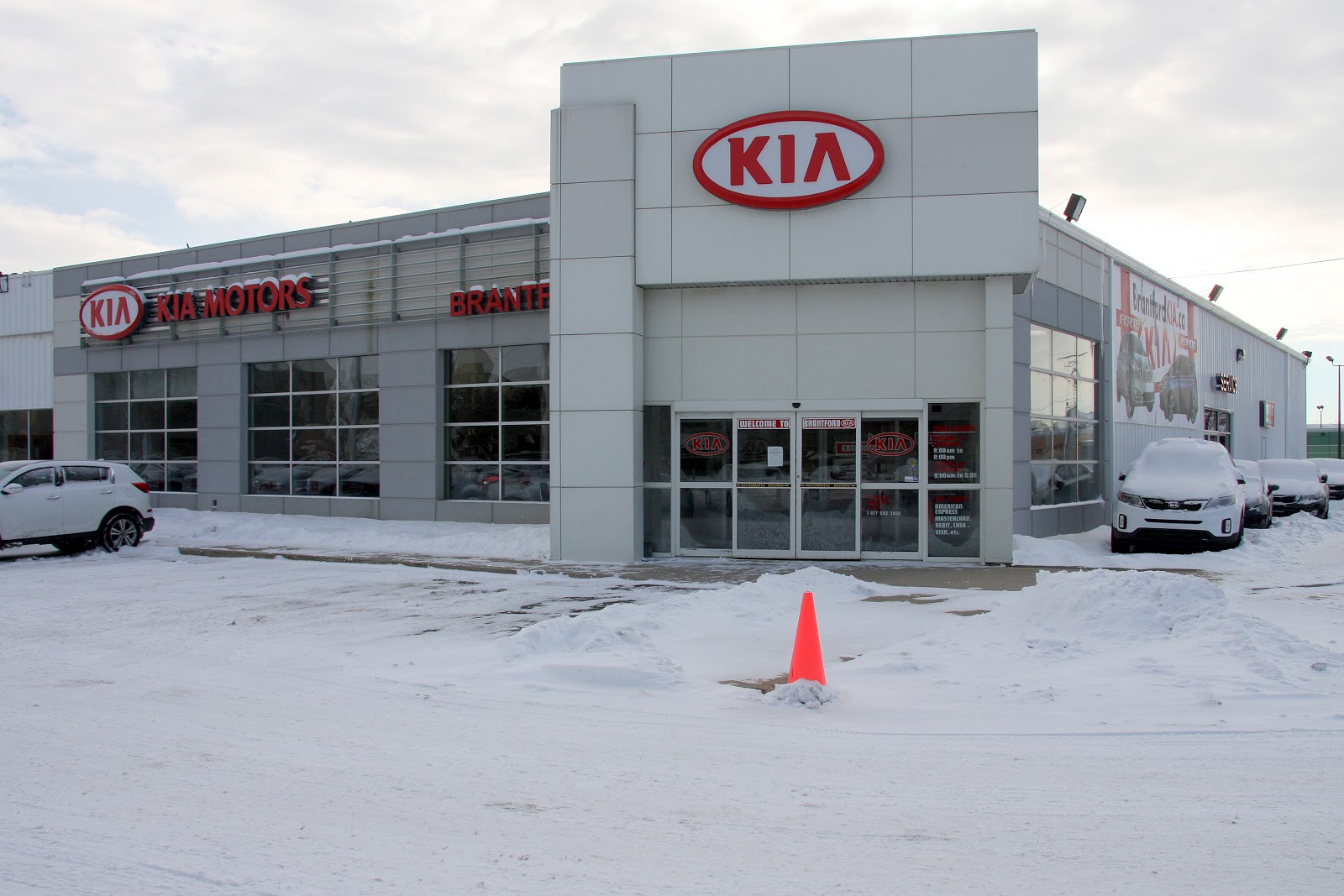 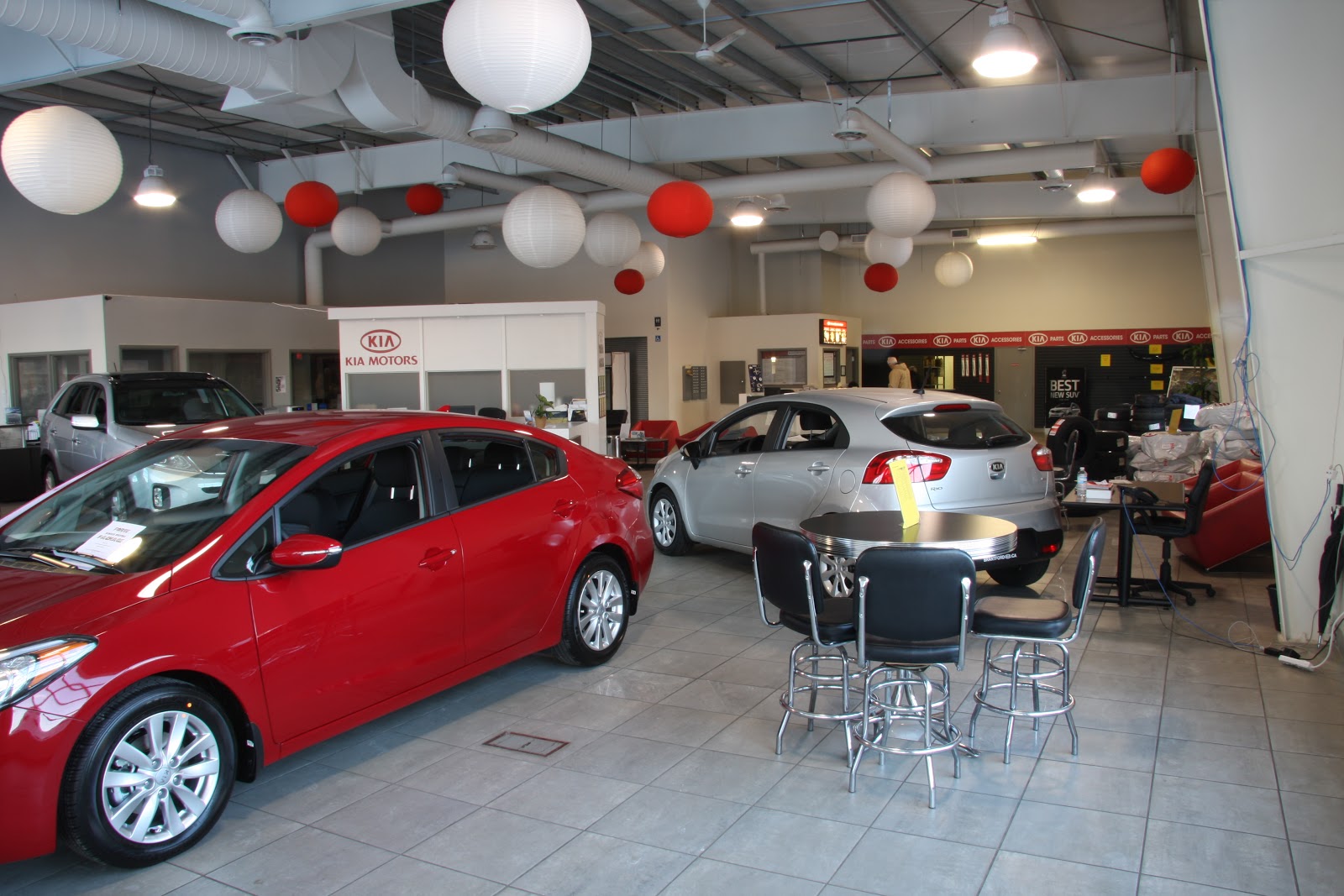 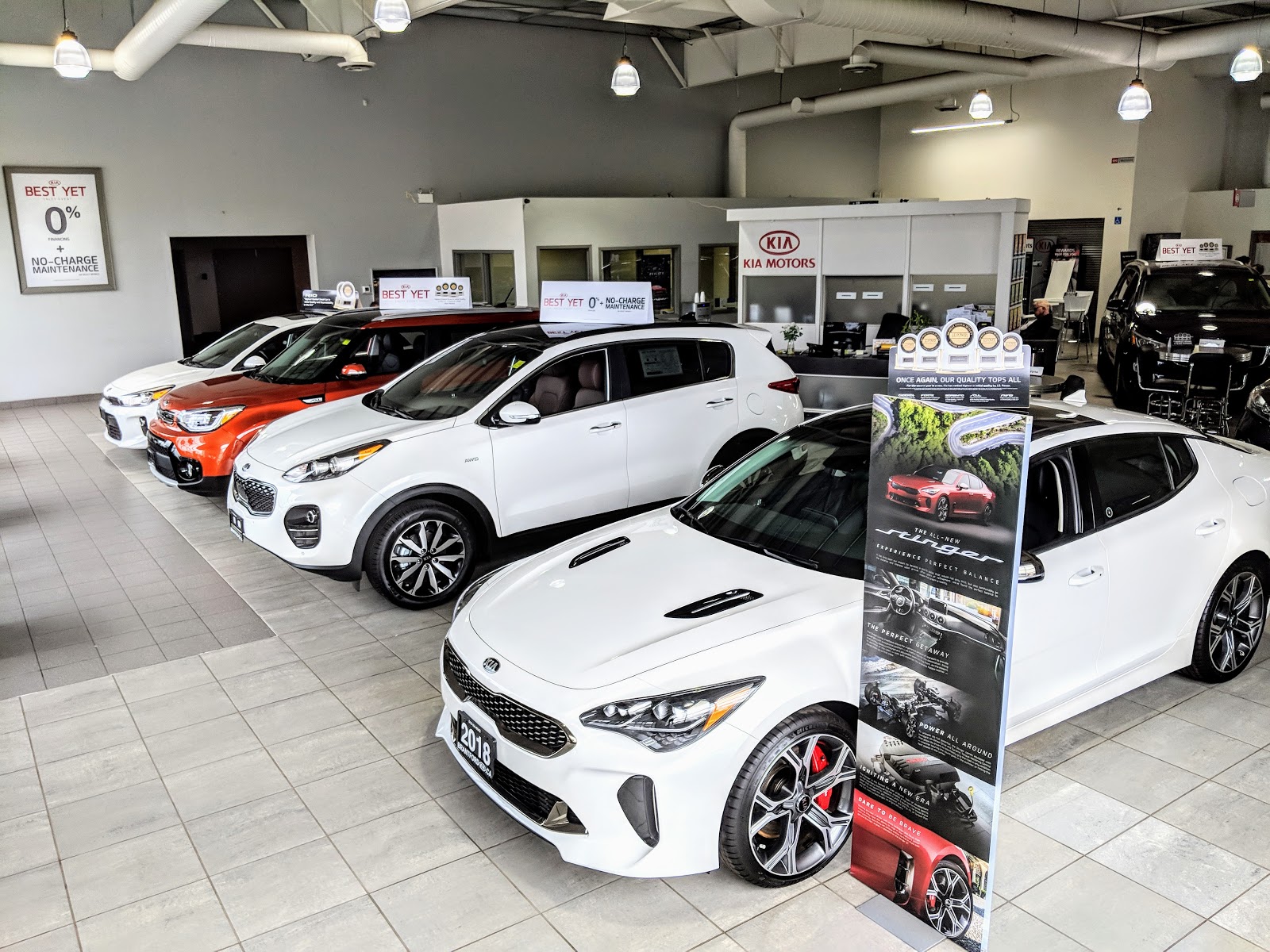 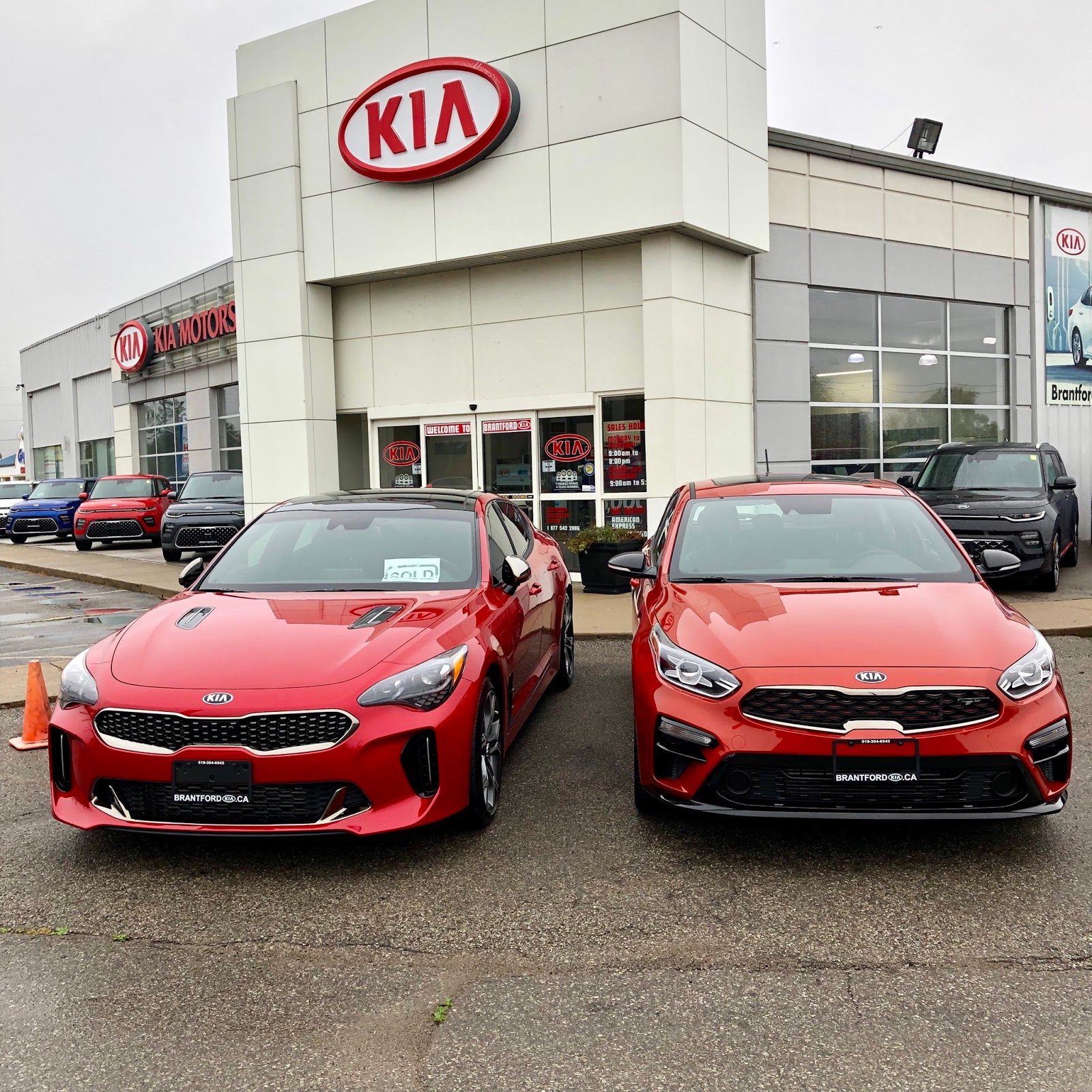 I had my car in for service. They came to my house to pick it up, and dropped it back off . They did a complimentary wash and vacuum which left it spotless.
I paid online and they texted me to keep me up to date as to what was happening and when it was complete.
Best service ever. Didn’t even have to leave the house.
This was amazing.

We went into Brantford Kia to take a look at their SUV lines, where we were politely greeted by Chris. He was wonderful through the entire process, and we were able to purchase our Sorento that evening! We can’t wait to pick it up and we would highly recommend!

Absolutely horrible experience with service department.
Having issue with car, bring it to Brantford Kia. Was told that the timing cover was spewing oil and it had two bad tires. Was told the total bill would be over $2200 to have it fixed, plus taxes. Told them not to do any work on the car, until my dad went to check on it because I didn’t want to spend $2200 if I didn’t have to.
My dad checked the oil levels and the drips, the car was NOT spewing oil as claimed by their service department. If it was leaking, the leak was so minor that despite a 2400km road trip the week after its last oil change, the oil was still full and clean.
Was told it “needed” to be rebuilt and have all of the gaskets resealed, which another mechanic has now confirmed was a load of BS and a total money grab.
Only thing they were honest about was the condition of one of the tires – but when I said I was going to take it elsewhere to buy tires (we get a discount because of quantity purchased) they REFUSED to return the car to us until they put the spare tire on… but then charges us nearly $80 to put the spare tire on!! Total bill was $162 despite telling them not to do any work when they quoted me $84 In diagnostics. I am absolutely appalled by the service here and will never, ever go back.
Brantford Kia should be ashamed of themselves if this is how they treat their customers. I am so glad I got a second opinion, away from Brantford Kia, before spending $2200 on needless repairs.

Have to first admit I have never been to Brantford Kia, but I simply love all the videos from Peter. He is very well educated and teaches a lot of technology and answers questions about Kia even if you aren’t even in the same country. His videos are wonderful especially the ones where he compares vehicles. Please keep these up, they are great forms of education and prefer them.

Just bought a used Sportage from Chris Bagaco. I have some experience with seeing how sales people work to close a sale. Chris never once pushed me to make a decision or sign on the line. What he did do was show me how much he believed in vehicle by encouraging me to take a test drive. He offered to let me take it home to show the family. He knew the more I experienced it, the more I would like it. He was right. It’s so comfortable. We just did a road trip up north to the cottage and we averaged about 10.5 l/100 km, which I think is pretty good. Looking forward to many more road trips.

No spam, notifications only about new products, updates.